In 2016, the Nexen Heroes moved into the Gocheok Dome after their dilapidated and largely unloved Mokdong Stadium was deemed not up to standard for the KBO.

The Heroes enjoyed a Renaissance period in their final seasons at Mokdong, regularly making the playoffs after years of being the punchline in every joke. They transferred that good form to their new home and currently sit just outside the playoff spots.

But the Dome hasn’t lived up to many people’s expectations. It arrived much later than expected, cost a lot more than first thought and even with Nexen’s tiny fan base, the 17,000 capacity will probably look like a bad decision in the coming years as baseball continues to enjoy significant rises in popularity.

We went to the Dome on May 2nd for the meeting of Nexen v Kia Tigers. I don’t think it is as bad as some fans make out. There are issues with seeing the whole field from some vantage points, the steps to the top of the main stand are steep (we met fans complaining about that) and food plus beverage options are more expensive than Jamsil or elsewhere.

We found a lot of positives though. The stadium is really clean and the security set up is much more professional than other ballparks. Exiting the stadium is quick and there appears to be a lot of toilets. The noise level was perfect and it houses two giant screens always displaying batter and pitcher stats.

Here are a few photos of our day. 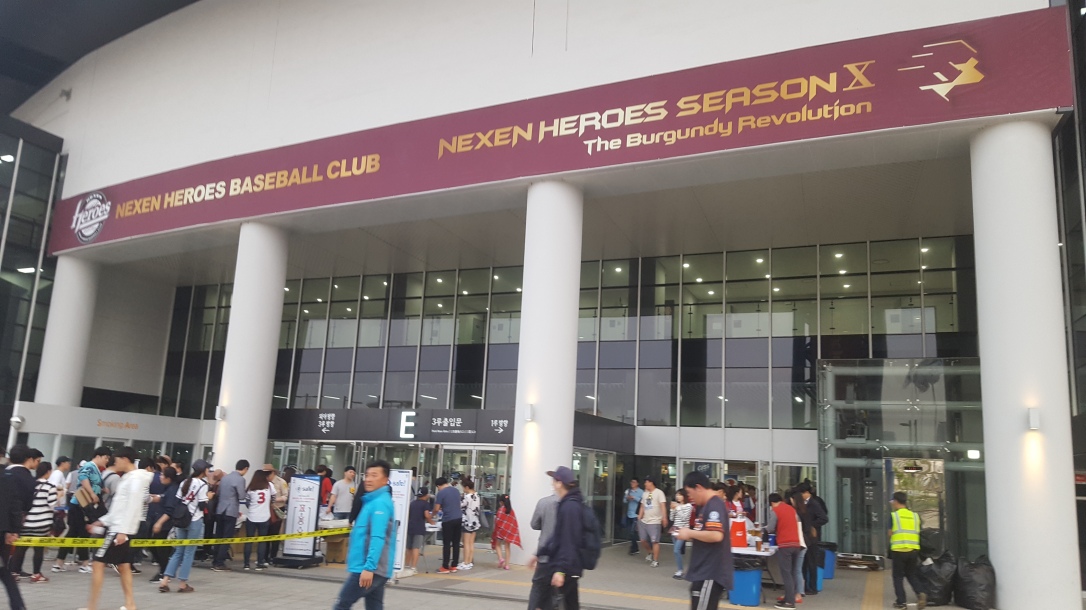 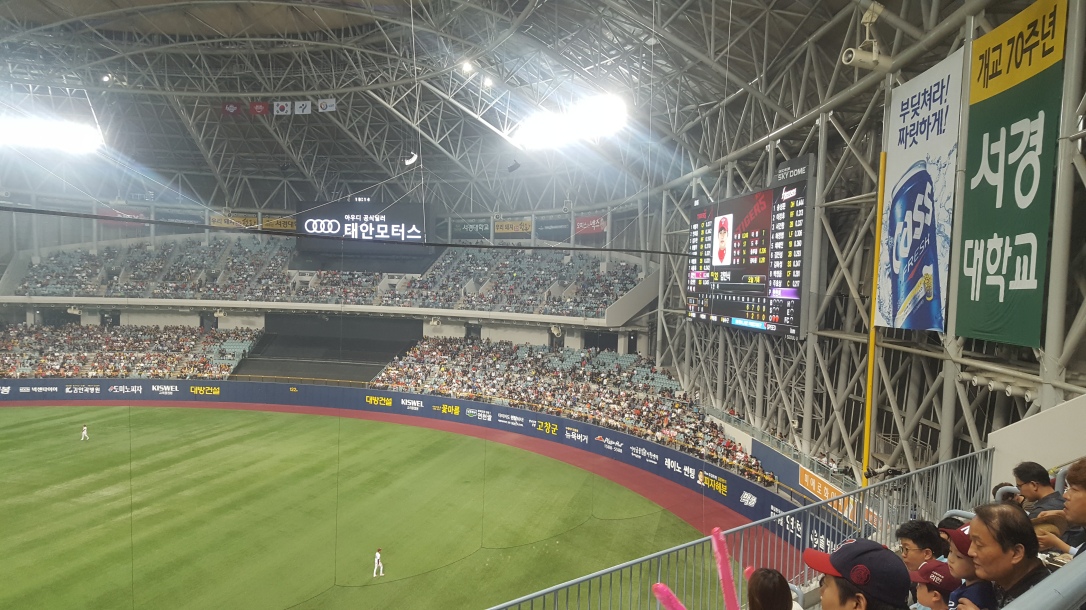 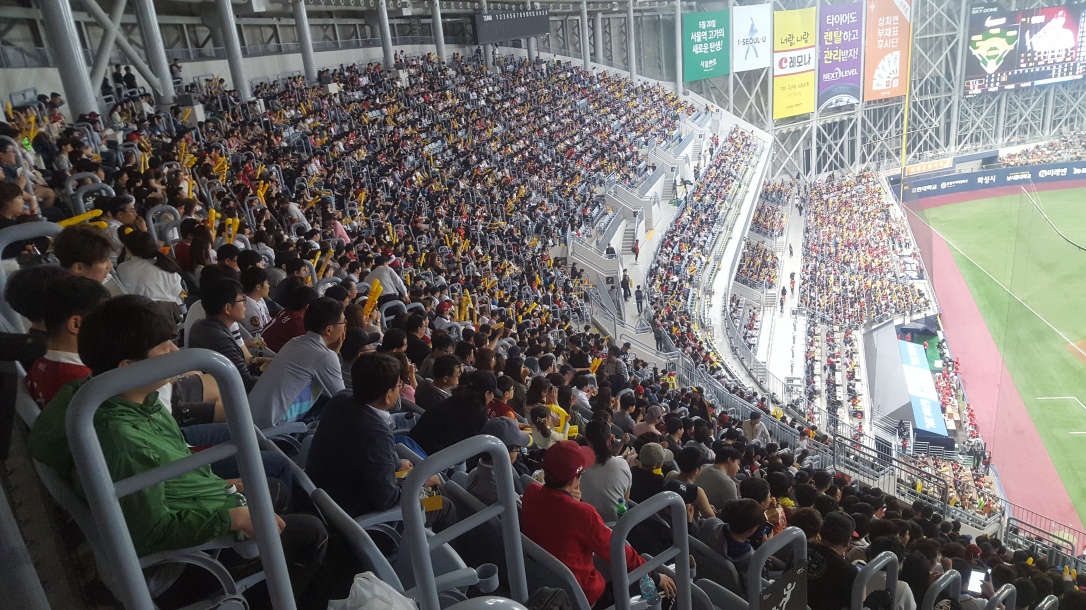 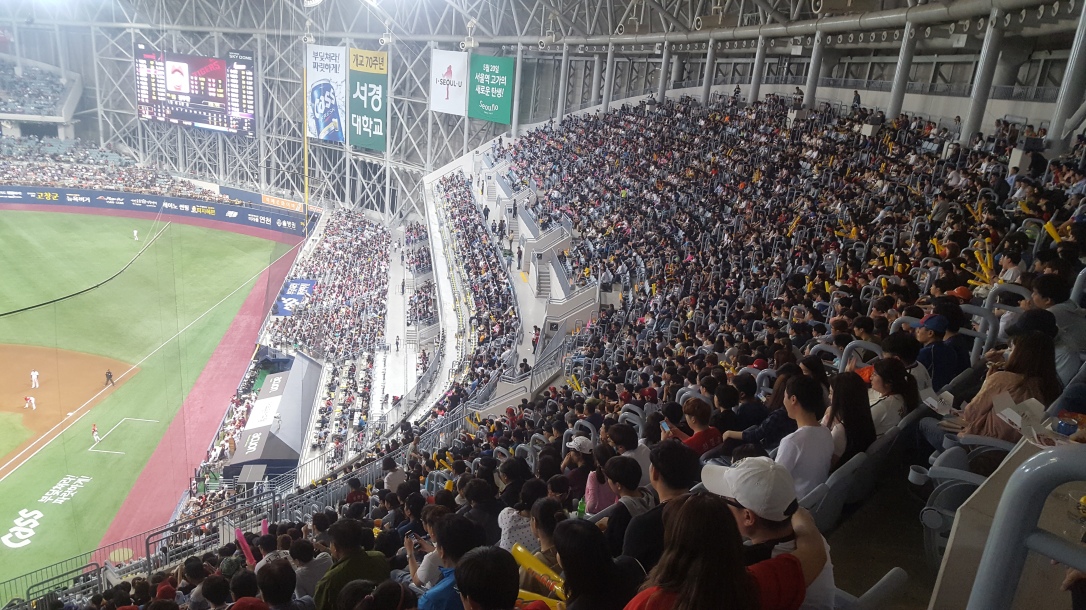 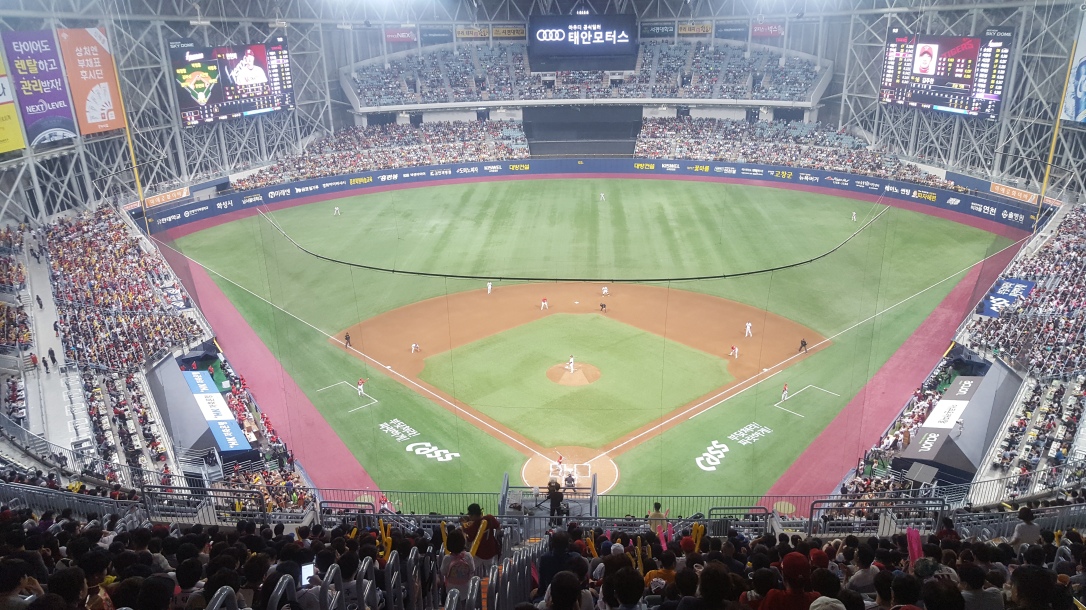 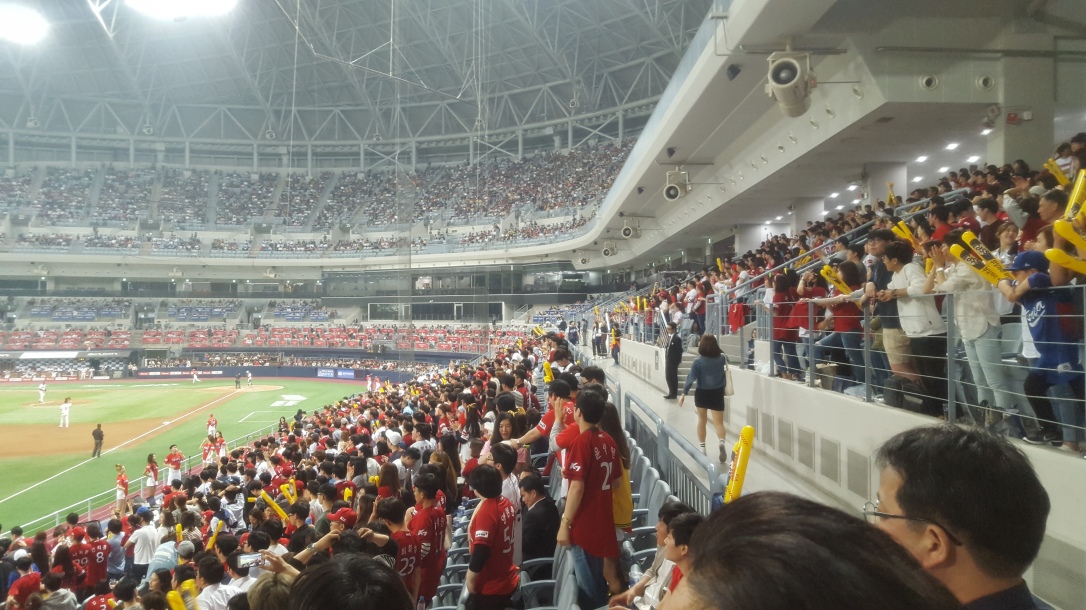 View all posts by Andrew Farrell